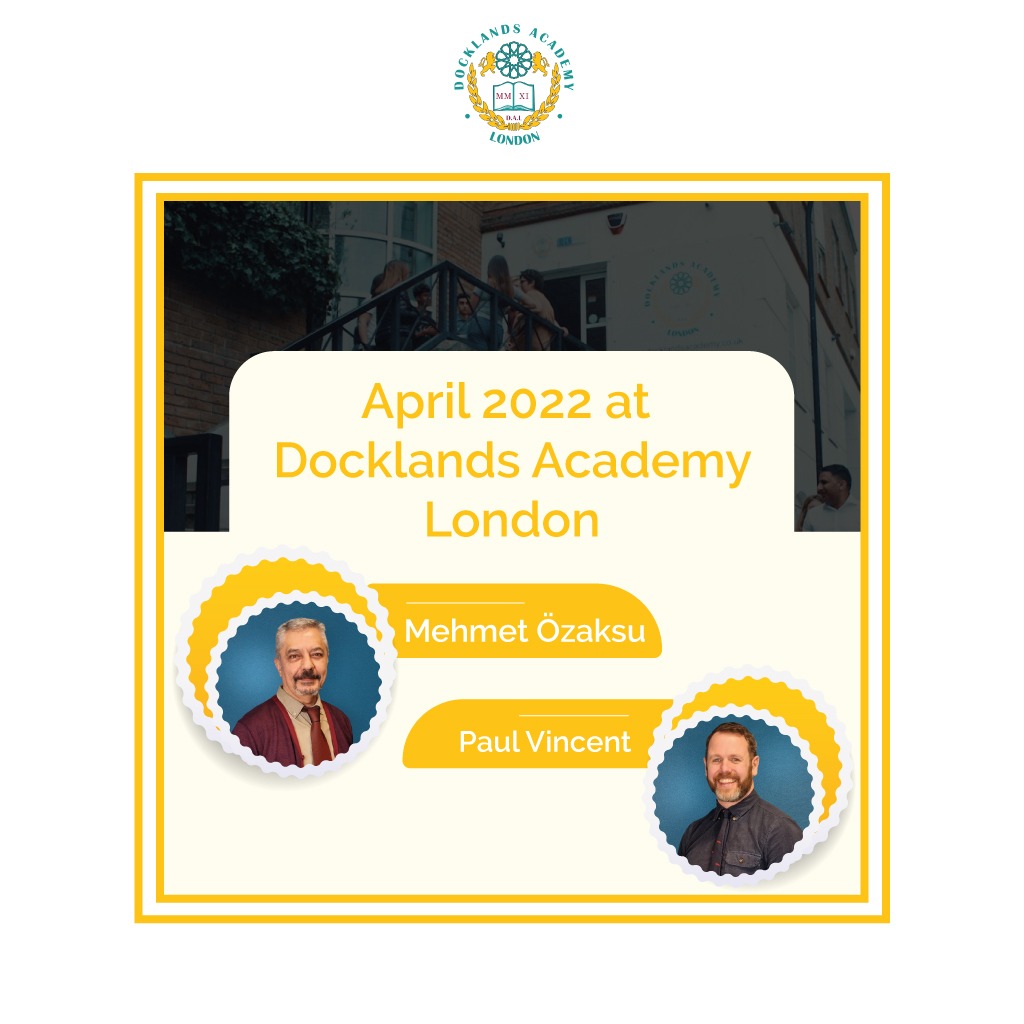 Spring is here at Docklands Academy

2022 Spring term is now successfully completed. We are very happy to have spent a whole year with our students on their Level 5 (HND) Business programme and wish them the best in the pathways they will choose in the future.

2022 Summer term will start on 16th May 2022 and we are so pleased to announce that enrolments have started for our Higher Education HNC Business Programme.

There are a number of financial support options available such as Tuition Fee Loans and Maintenance Loans. Why not take the next step and obtain one of these Higher National qualifications, which has a direct progression route towards a university degree with just a top-up year? You will enjoy studying at Docklands Academy London located in London’s vibrant business hub in Canary Wharf.

Spring is here at Docklands Academy

As we move into Spring is here at Docklands, the English department continues to blossom as we welcome long term students from Algeria to join our provision. With the warmer weather, we will enrich our social programme with excursions to both natural and cultural destinations throughout London and beyond. Trips will include visits to historical Greenwich to the museums and riverside cultural quarter. We will be stopping off in Greenwich park to see the beautiful cherry blossom too!

Witness this moving performance from the Wintershall Players, which commemorates the day Jesus is believed to have been arrested, tried and crucified. A cast of more than 100 actors and volunteers, dressed in splendid costumes with horses, doves and a donkey come together to create an impressive scene in the famous square.

Professional actor and artist James Burke-Dunsmore will play Jesus for an 11th and final time this year.

Ceremonial military guns will go bang at the Tower of London and in the Royal Parks to commemorate the Queen’s birthday.

The basic Royal salute is 21 rounds. In Hyde Park and Green Park, an extra 20 rounds are added because they are Royal Parks. Gun salutes in the Royal Parks usually take place at Noon. Preceding it, the King’s Troop Royal Horse Artillery will parade their 71 horses and six First World War-era gun carriages out from Wellington Barracks on Birdcage Walk, past Buckingham Palace and up Constitution Hill in the morning to stage the midday salute. In anticipation of their arrival, the Band of the Grenadier Guards will perform celebratory music near the firing position.

We use cookies on our website to give you the most relevant experience by remembering your preferences and repeat visits. By clicking “Accept All”, you consent to the use of ALL the cookies. However, you may visit "Cookie Settings" to provide a controlled consent.
Accept Decline
Manage consent

This website uses cookies to improve your experience while you navigate through the website. Out of these, the cookies that are categorized as necessary are stored on your browser as they are essential for the working of basic functionalities of the website. We also use third-party cookies that help us analyze and understand how you use this website. These cookies will be stored in your browser only with your consent. You also have the option to opt-out of these cookies. But opting out of some of these cookies may affect your browsing experience.
Necessary Always Enabled
Necessary cookies are absolutely essential for the website to function properly. These cookies ensure basic functionalities and security features of the website, anonymously.
Functional
Functional cookies help to perform certain functionalities like sharing the content of the website on social media platforms, collect feedbacks, and other third-party features.
Performance
Performance cookies are used to understand and analyze the key performance indexes of the website which helps in delivering a better user experience for the visitors.
Analytics
Analytical cookies are used to understand how visitors interact with the website. These cookies help provide information on metrics the number of visitors, bounce rate, traffic source, etc.
Advertisement
Advertisement cookies are used to provide visitors with relevant ads and marketing campaigns. These cookies track visitors across websites and collect information to provide customized ads.
Others
Other uncategorized cookies are those that are being analyzed and have not been classified into a category as yet.
SAVE & ACCEPT